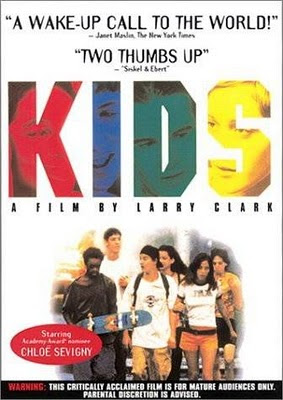 1995 was a funny year for me. I was just starting high school. I was finally, for once, finding a comfortable group of friends to hang out with. Skateboarding has been a part of my life for as long as I remember, but it wasn’t until high school that I really felt like I could enjoy being around other people. Skateboarding had finally helped me find these people. Up until then, I was pretty much on my own. I had friends on an individual basis, of course. But not like this.
Together, we would sit around, talk, some of us learned how to smoke, or drink, or just do things we didn’t need to be doing in general. We’d watch skate videos and talk shit to each other, we’d go skateboarding, and we’d try to find girls to bring into the group so we could hook up with them. That’s how it worked, we were a tight group and we kept it that way.
Saying that the film Kids portrays a life similar to my own youth may be a bit shocking to someone that may know me now, but didn’t then-and I get that. This movie is kinda fucked if you watch it from an adult perspective--especially if you are one of those adults that spent their youth on a cul-de-sac in a gated community. Sure, I wasn’t 12 years old smoking pot on the couch with my peers in a New York apartment, and my parents were pretty awesome people that kept an eye on me. But they gave me a lot of freedom to hang out with whomever I wanted, and trusted me to do the right thing. A lot of the time, I did. That’s not to say all my friends did. Skateboarders are a notoriously diverse group of people, after all. 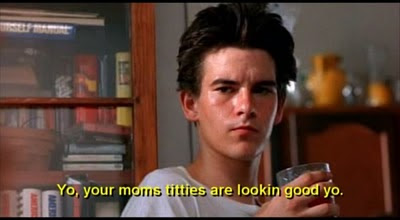 In Kids, Larry Clark paints a picture of a modern, realistic pair of teenagers much like any average teenager you might know today. They ride skateboards, smoke, lust after the opposite sex, and generally do whatever they can get away with. I remember my dad watching the movie and telling me that ‘those guys are a couple of shitheads’. They certainly were, but it’s not like I couldn't relate to them on some level. (Yikes.)

If you want the basic plot of the story given to you, Kids is a story about what unsupervised young people are like in real life. It’s about AIDS, it’s about skateboarders hanging out, and it’s about tragedies in parenting. Some people refer to the film as a wake-up call to parents. I never saw it in that way, at least until just recently watching it again. When a guy explains how to roll a blunt to young teenagers openly in a city park in the film, I laughed. That’s where I learned how it was done—by watching the movie Kids. I now realize I could very well have learned it at the skate park. 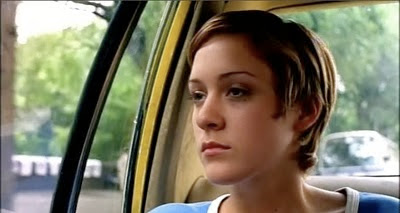 I’m straying from the point I meant to make, so let me tell you about the movie. ‘Kids’ is an honest, unsettling, but entirely engrossing film. When you watch it, at times, you could almost be convinced that you were watching a documentary about youth and AIDS. Or if you are a skateboarder, it's about some people you may know. You’ll dislike the main characters right from the get-go, and even more as the movie progresses. They are, as my dad so eloquently put it- “shit heads”. But if you really pay attention to what’s going on here, you may learn a thing or two from them. Kids certainly scared me straight for a while.
Posted by Norm Stovall at 6:04 PM