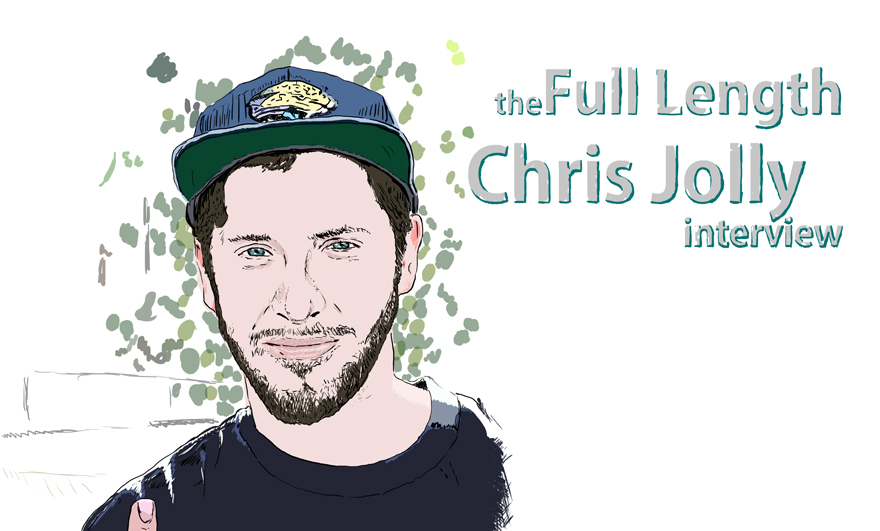 For this next interview in my series of influential people I know, I picked Chris Jolly.  My first real experience getting to know Jolly was on the BusStop Tampa road trip, which could simultaneously be called a disaster and a rad time all at once. We had problems with the hotel, problems with renting the van, and we also nearly lost a lens. It was my first time organizing something like that. Nonetheless, it was one of the best road trips ever, and I'm glad Jolly came with us. Since those days, Jolly has put together countless web clips, realeased a full length skate video titled Full Length, started a blog entitled Jollyvision, and probably done a bunch of other rad things you don't know about. So:  here's an interview I did over the past month or so with him over Facebook. It's short, but I'm calling it the Full Length Interview anyway, because it sounds good. I hope you like it. Photo Credit: All photos are from his facebook profile. Ask there.

Where are you originally from, Jolly?
I was born right here in the smelly city of Jacksonville.  I moved to Gainesville when I was 3, then came back around 13. I've been here ever since. I love it and hate it at the same time.

Tell me- who ISN'T glad to see Chris Jolly when he walks into a place?
The doormen, maybe some people I’m sure some ladies too. But I don't have haters, only fans in denial.

Tell me about the first tattoo you ever got.
I got my first tattoo when I was 17 inside my friend’s house , I don't even think we knew what the heck we were doing but he tried to put my mom’s name above my knee, the outcome was pretty horrible. It ended up looking like a 2 year old did it. 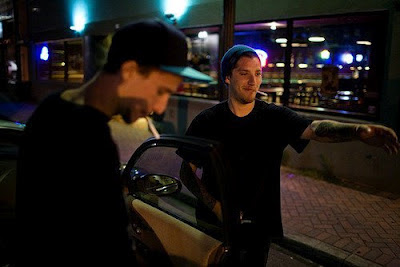 Where have you been hanging out lately, and what kind of things are you working on right now?
I have been at the beach lately, haven’t really had too much time to really hang out but when I do I usually just go skate around with the homies Matt Fink, Jack Seely, and a few others. Right now I’m working on an edit for Jamal Campbell and Gio Georgeallis of our trip to Tampa for the Gatorade contest. I’ve been staying busy with edits and shooting photos workin’ on the Jollyvision site.

Go skate day this year was by far my most memorable moment in Jax. George brought his ramp and set it off, and then the Autoline best trick on the hemming rail was insane. I was just hyped on seeing how many people came out to support us. I wish the city would be more lenient on us, but hey--at least they gave us that day.
How did you get into filming? Was there a video or movie that inspired you?
When I was in middle school, my good friend and I would always do crazy stuntman things around the beach like jump off tall stuff, ride bikes into ditches, just random CKY type stuff, and then I met Chris Eldred who was really good at skating. He made an old sponsor-me tape for Flatline. I saw it and was hooked, I wanted to make a video of all of our stunts and add our skating to it. It was called O.S.A., which stood for Old School Anarchy. We would just tear stuff up at the beach. My skate filming all was inspired by Toy Machine videos. I was into those people. 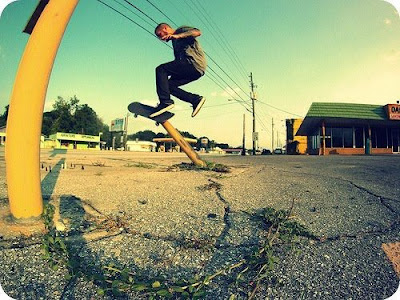 What was the first camera or video camera you ever had, and what are you using now?
My first camera was some mini VCR tape recorder that I would bring everywhere and shoot everything. I would buy and sell until one day I finally got a 3CCD canon and started taking it seriously. I then moved to Sony, which is what I shoot with now.

Tell me about some good experiences you've had while filming friends.
I guess some of my best experiences filming were the trips out of town with all my homies. I think one of my favorite experiences was when Kevin Graver, George Evans, David Morico and I went to Atlanta to film for our video 'FULL LENGTH". Fink almost got shot by a pissed off old man at the yellow bars. It was intense, and we were drunk nearly every night. Fun times.

How long do you think in total it took to film your video Full Length?
It took around 4 years to complete FULL LENGTH, I had the Canon and then we realized how much footage everyone was stacking so we all thought about just making a video with it. Then things got serious, we all skated together so it was easy to get a trick from everyone on a daily basis. But--there were a lot of mistakes on my end with not being organized and losing clips left and right. Not to mention the last few months of filming the camera was glitching nonstop. It was crucial, but probably the best experience of my life. I’m going to make an all-HD video very soon. Peep the site jollyvision.wordpress.com, or subscribe to the channel on YouTube. We are still doin’ work daily!!!!!!!!

So right now, let’s do some shout outs.
I want to shout to Jack Seely, Cinny Gramz, Matt Finklestein, Georgie boy Evans, Kevin GraverTrain, Ryan King, Ryan and Joey Corey and the boys at Autoline, Chris Kendall, and anyone who I forgot, thank ya’ll too. And you, Busstopmag!!!!!!!!