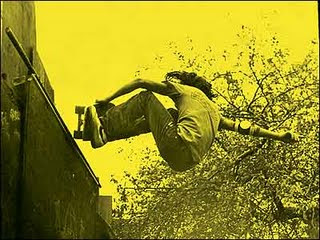 Sad news for the East Coast Skate scene, and the world in general - It's been reported that Andy Kessler, AKA the Grand Master of 108, has passed away. Best known for being part of the East coast version of the Dogtown crew, Kessler helped stoke the flames of skateboarding in it's early days on the east coast. There is an interesting article on him, the origins of Zoo York and why it isn't what it used to be, and his life in general over at New York Mag. You can also check out the Epicly Later'd photo gallery here. Rest in Peace, Andy Kessler.


Grandmaster of 108 from Dorottya Mathe on Vimeo.