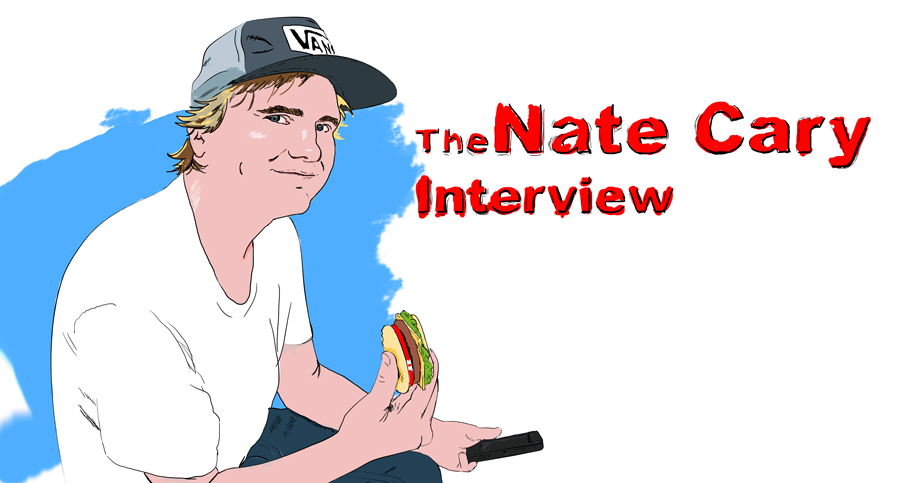 I honestly don’t remember meeting Nathan Cary for the first time. What I do remember about Nate though, is that he’s the first person in Jax I met that was a full on ripper. Lots of my friends at the time were pretty good, but this guy totally destroyed a miniramp like nobody I’d seen before. He was part of the Riverside crew, which included the Nicotine skateshop team. Truly a new-school OG, if that makes sense to you. It does me! I’m glad Nate is still at it and holding his own in these days of pint size rippers taking over skateboarding, and creating some fun content for his friends while he’s at it.  (don't forget to click to enlarge)
-Norm

First off, how did you get started with taking photos? Was it school related?

I first got into photography in the early 90's when I was about 12 or 13. I made a little skate magazine called "FREE" and I would scan the pics, piece together articles and interviews, and hand them out to my friends at school. That went on until I was about 16 then I just kind of got out of it. I guess you could say that I rediscovered my love for photography last fall, when my college course "digital capture" basically mandated that I purchased a DSLR camera.

Tell me about your favorite photo you've taken so far.
That's a tough one! I mean, I own better equipment now and I'm certainly better at photography from when I was a teenager, but I prefer some of my old photos from 91-94'. It's crazy seeing the tiny wheels, baggy pants, and the types of tricks from that era. It makes me reminisce about the style, music and the non-conformist attitude we had during the dwindling 90's skate scene. I'll admit, there is a lack of proper exposure, clear focus and overall professionalism in my old pictures, but if I had to pick just one... It would be my pic of Rodney Mullen doing a demo in 92. This was at a small shop in North Carolina and he probably only made around $100 for doing it. Times were surely different then.
Wow, so you were a zine maker! That's awesome. Do you still have any copies of Free?
No, but I wish I did! The old computer I used to make the zine crashed and I wasn't able to retrieve the TIF files from it. It's all good though... I feel blessed that I've been able to hold on to about 70% of the photos from that time.
So you were in North Carolina-Do you remember the name of the shop?

Yeah, it was called Ozone Skate Shop. It was really cool shop and it had a 1 and a half foot mini ramp in there. They actually had contests on it!
Is that where you are from? I'd always assumed you were from here, since it seems like I remember meeting you a million years ago in Jax.
Yeah it's been awhile man! I moved to Jacksonville in the summer of 1998. Before that, my whole life (as a skateboarder) was spent in North Carolina. There was a brief time when I lived in Portland, Oregon 93-94' which was amazing, but I have to claim Charlotte, NC as my home town.

So you've been making web clips of skating for as long as I can remember you being my friend on facebook. Obviously your new equipment has taken it to the next level, are you planning on getting into full on skate video making in the near future?
I don't foresee any full length videos in the future but we'll see. Right now I'm pretty content with making video parts for people, short commercials and maybe music videos here and there. That said; anyone who's interested in doing something can hit me up via Facebook or whatever. If I can fit it in, and it sounds cool I'll be down to do it. While I obsess daily about learning new video techniques and gear, etc., I have to humbly admit, that I'm still a learner at DSLR videography. So working with people on video projects at this moment in time, is not only going to benefit them, but myself.
Stay tuned for part 2!