If there were such a thing as Mayors of Skateboarding, surely Lance Katz would be the Mayor of Orange Park. With a straightforward and blunt personality and a sense of humor to rival your favorite comedian, Lance is an individual you won’t soon forget. Interview by Duane Weeks.

Board City had obviously been around forever. There were like ten different eras during its time. Name your favorite era and explain why?

The big shop era will always be my favorite. I started riding for the shop in 1999 and I'll never forget Matt, Isak, Andy and Jordon taking care of Chad and I. I can't thank those guys enough, or the Butlers for being really cool to us also. Letting Chad and I work with Jordon and we would get decks or shirts or something else awesome. I also loved right when the shop moved next door and all the Boy Scouts stuff got 86'd. It was fucking awesome telling people they could no longer get pinewood derby kits or merit badge books. Last but not least the Jeremy/Chris era, those guys were awesome to me as well letting me get so involved behind the scenes and helping spread the word about the shop. I believe seeing the shop from both sides of the counter helped me get a good idea of the skate industry and helped me become the person I am today. Haha.

Who would you rather see skate in the flesh - Chad DeBerry circa 2004, or Pat Schaefer now? (Both were/are amazing)

Chad is my brother and all that and I was blessed to see them both in their respective primes. I have to go with Pat. That kid is amazing hands down.

The pair of Nikes that you are the most proud of and why?
That’s a tough one too; most likely it’s a pair that my ex-girlfriend/best friend/ future ex-wife/new roommate a Ms. Jenny Rodriguez purchased for me. Probably the Custom Wu-Tang Dunks... Only seven pairs made and I have the box marked 1 of 7. I'm totally proud of those. 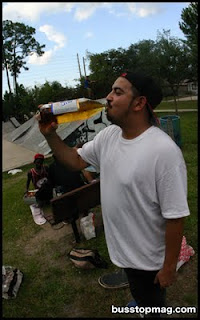 Best story involving one or more of these people: Scott Mortimer, Isak Spoor and/or Chris Krabach.
I'm trying to think of a good story but I am slightly distracted because I'm answering these in the living room and my mom is watching Walker Texas Ranger… One time we were trampoline boarding at Krabach’s house and in mid trick I hit him in the dick with a tennis ball. One time I covered Isak’s car with Navigator truck stickers-that was pretty funny. There was also the time Chad and I wrapped his whole car in plastic wrap when we missed the Tampa trip. Watching Scott do 270s or 360s at Skateboard House was always awesome. There was the time Chad and I skated that Tampa contest and Jordon and Scott came down to watch and they got retarded drunk the night before, so they showed up feeling like shit. I was also really hyped on the guy at Treaty who launched out of a quarter pipe and he crushed me and he looked right at me and he said "get the fuck outta my way" Isak was also there for that one.

Why is the Lakeside ditch one of the best places to skate ever?
Because it’s the Lakeside Ditch, It's awesome. If you don't like it go fuck yourself. My Mom is still watching Walker; it is hard to stay focused...

Favorite Board City graphic that Jordon Fink did for the shop and why?
My favorite is probably the Jordan Board and the Corn Rows ad that Chris Thom had made.

Best Big Lots purchase?
Two Steven Seagal Energy Drinks and a pair of Foster Grant Sunglasses and the 20.00 in fake tattoos for Jordon so he could dress up like Chris Thom. 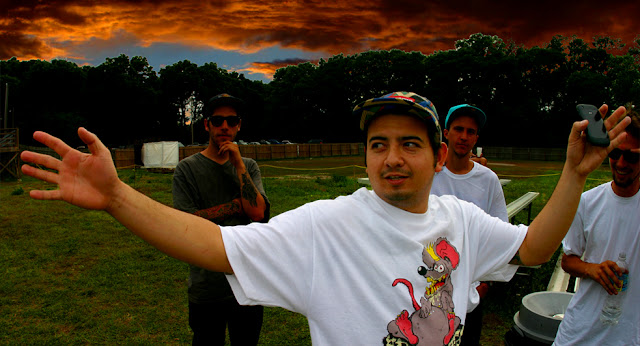 If you could relive one day in your skating life so far, which one would it be and why?
The night at Kona I learned kickflip back tail shove it first try ever. Ask Isak.

What is the future of the Orange Park skate scene and how long will you be doing this?
I'm gonna rock this shit till the wheels fall off. The OP Skate scene is gonna be around a while with kids like Pat and David just killing it on the reg… Watch out for Santino and Evil Archie too, those kids are on the come up. Oh yeah and King of Flat Ground...

You have an awesome affinity for shitty horror movies. Best/Worst horror movie of all time is and why?
I might have to say C.H.U.D. or Plasterhead or Snakes on a Train or maybe Deadgirl, damn this is a tough one maybe Chopping Mall??? Youtube all of those movies and watch the previews then you can tell me.


Anything else you want to add?
First, I want to thank you Norm for doing this and Duane for asking me these questions. I've known you guys forever now. Norm I have some Test stickers if you want them, and Duane if I get a cd that happens to have Juke Box Hero on it and leave it in your car is it going to survive a car accident?


(Thanks, Lance. I’d love to have some of those Test stickers. –Norm)
Posted by Norm Stovall at 6:43 AM