Lance Week is going into indefinite overtime. You got a problem with that?
-Norm 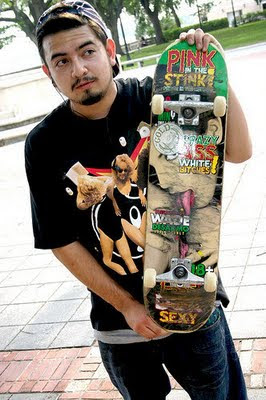 When is the last time you landed a crooked grind?
It's probably been about 10 years haha maybe 2001ish?

How many consecutive years did you rock the bowl cut, and is there any chance of it ever making a comeback?
You didn't hear 2012 is the year of the bowl. I'm gonna bring that shit back hard.

Is it true that at one point you lived with no less than 6 chows?
Yeah it’s true, we had a pack of Chows in the backyard. Now I'm a borderline cat lady.

Who in your opinion has the best 360 flip in Jacksonville/ OP? You can't say yourself.
Well since I can't say me and Dorien doesn't live here anymore so I'll go with Pat I guess. He has that shit on lock.

How many Madrid boards have you skated in your life?
Probably 5 too many.

Why do you love them so much?
Because they were the only boards in the sale bin for a while haha.

When's the last time you landed one?
The last time the street course at Kona was awesome.

You've amassed quite a collection of sneakers over the years. What’s your favorite skate shoe of all time?
DVS Revival or the DVS Getz 1

Least favorite?
Matt Mumford Globes? For 10.00 they were pretty rad though.

How many guitars does your dad own?
I seriously think it’s in the mid-20s to 30s now.


Does he still rock his Denver Broncos Brian Griese jersey?
No but he rocks a Favre Green Bay Packers jersey sometimes.

What's the best fight ever to go down in pine tree plaza?
The one where the cop body slammed that guy into the glass right in front of the shop.

Handrails or ledges?
Ledges for sure, maybe Lance like 6 years ago would have took handrails.

Remember that time i got held at gunpoint by the clay county sheriff dept. in the Dunkin Donuts parking lot cause of you?
My bad. I knew this question was coming. I had a bottle of gin under my seat that night and I was only like 19 haha. Good looking out Deputy Hawkins.

You saw and were part of a lot of amazing things to go down at the now closed Board City. With that said, what's your top 3 funniest memories from the shop?
Dropping in the top of the stairs with the carpet board for sure. That time you turned the shop into a sports bar since we couldn't go anywhere to watch the Jags game. Remember when you made that steak for your birthday and you had that horrible necklace on? That was a good one too.

What's your favorite Mr. Butler story?
Ready to Rolls and the bear claw, throwing people out of helicopters... I see him walking down Drs. Lake sometimes, He's a legend.

Who would win in a cage match, Matt Werth or Andre the giant from GameStop?
I gotta go with Matt, Andre would be too slow. I could see Matt tiring him out and going in for the kill. If Andre was to catch Matt flush with a clean hit it could be over though.

Give me a good Dan K story.
Dan came over to my house one night a long time ago back when my dad was still drinking and he answered the door when Dan rang the doorbell next thing I know I go outside and Dan and my dad are karate fighting out in my front yard around like 11 at night.

What's the longest period you have ever gone without skating, since you've been skating?
A couple months.
Worst slam?
Broke my ribs skating that railroad bar down that loading dock and I slipped out doing that 50-50 and I thought I had shit myself.

Best basketball jersey you own? And by best I mean worst.
AK-47? 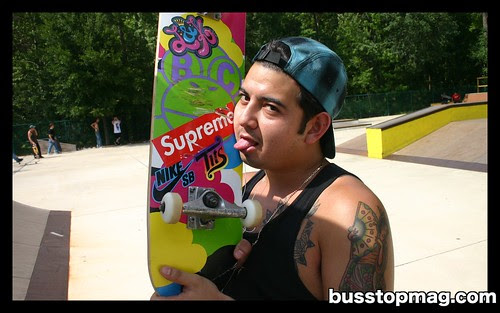 Better Board City team hookup, Hooters Wing parties or Ventures at cost?
Wing party, Remember that girl Chrissy used to like Isak and we told him she was young because she was around my age and we used to sing that Winger song to him "Seventeen"

Say you're in the middle of an intense game of carpet board skate, what's you're ender if it's T to T?
Widow maker.... Nuff said

Top 5 carpet boarders of all time?
You, Me, Chad, Sal and it’s a tie between Andy and Scott

Best non skate movie to watch at the shop when you were working/hanging out?
Star Wars, Rocky, Joe Dirt, Anchorman

What's scarier, Nazi zombies from hell, or riding in any car that Chad DeBerry is driving ever?
Chad driving, you can't pass and exit on the interstate and then put your car into reverse. What the fuck haha

Favorite skate video of all time?
Mega Future. Chad, C-Bach and I made one called Anthrax
one time that one was good.

Worst?
The shop deck I broke doing a nollie shuv it in the parking lot 5 minutes after I put it together.

who'd you rather have on your team during the apocalypse, predator Arnold, or running man Arnold?
Predator, That Arnold was a beast.

When's the last time you had a chicken tender sub?
It's been a while.

How many games of skate do you think you've played in the board city parking lot?
In the thousands. You and I have played the majority of them.

What's the longest game of skate you've ever played?
One with you I know that much.

What's your dream line at grove?
Back 180 nosegrind on one ledge then kickflip back tail on another

Hardest trick for you to do down the 6 at OP?
It had to have been hardflip.

It's Saturday night, and you got a date in 20 minutes, but there's been a rocky marathon on all day. Rock just got done training in the Russian snow, and Drago's talking shit. How long does it take for you decide to be indefinitely late for dinner?
The moment I turn my TV on and see that Rocky is on.

Top 5 Favorite Movies of all time?
The Last Dragon, Anchorman, C.H.U.D., Star Wars (All of them make one long movie), Rocky 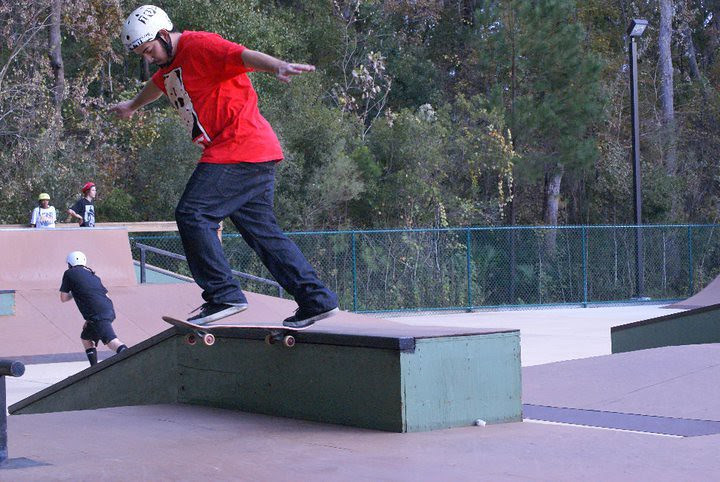 Why do you love the audio torture machine known as the Scorpions so much?
They make nothing but classic music...

What makes you laugh?
Anything that's really fucked up.

You got one day to live, what's going down?
I'd catch the first flight I could to LA and we would go do something with Muska....