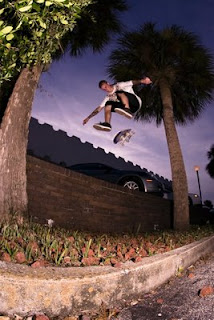 What is your full name?

Where are you from originally?
I was born in Jacksonville , and lived in Virginia for a while and now I'm around the Jacksonville Beach area. It's probably as good as its going to get.

Where is the last place you rode your skateboard?
UNF, but it was hot so I ended up just dippin' after about thirty, but I don't try to skate there too much.


Describe your first memory of skateboarding where you currently live.
Me and my friend Zach McCormick lived in these apartments off San Pablo and we would just mess around in the tennis courts during the summer. That was probably like 6 years ago, haha.

Who do you skate with most, of all the people you know?
I skate with whoever, usually Nick Blanco, Trevor Stevens, Fatty, Brian Richey, Martin, Savage Mike, all the O.P. peeps. 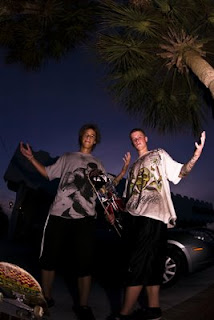 Name one thing that could make skateboarding better in your area.
If more people just started building spots everywhere, maybe one day-we could have this crazy-ass skate city. Haha.

Who do you look up to the most, and why-skating, or otherwise?
Well there are some people who are doin' their thing and it's always good to see that, I would probably have to say George Evans, Spencer Lau , Aaron Mullen-the homies are always makin' everything look so easy and just are on top of things.

Do you think you will still be skateboarding 20 years from now?
Probably not I'm only 18 and my ankles already hurt, I seriously feel old so I probably would have to say maybe a dentist-idk really whats going to happen.

What is the most common place you go to eat before/during/after a day of skateboarding?
Firehouse 'cause I work there, but we are always eating something different for lunch working there. 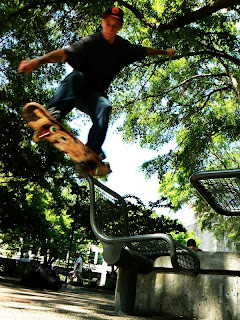 What is the last trick you learned, and how many tries did it take to learn it?

Well honestly as far as landing tricks and actually learning how to do tricks and on lock every try, I probably haven't really learned much, lol. Back tail slides on tranny.

What are you going to do, now that you are done with this questionnaire?
I have work soon, so I guess get ready for that, take a shower, eat, you know.

(click images to enlarge)
Posted by Norm Stovall at 8:28 AM