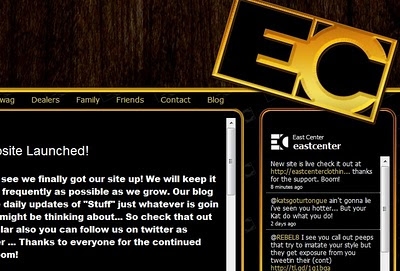 Chances our if you live in the general 904 area, or the southeast in general, you know about East Center. If not, it's rad that you have Internet and can access BusStop from under that rock of yours. Check out their new site here.
Posted by Norm Stovall at 5:55 PM No comments:

I dont care how you feel about his drunken antics around town, back in the day Clyde was doing big things. Classic video part heavy with Jacksonville spots.
Posted by craig lockwood at 5:07 AM No comments:

Posted by Norm Stovall at 6:09 AM No comments: 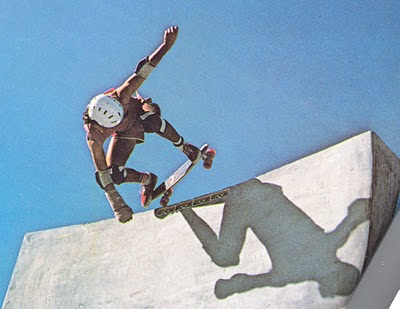 An Introduction to Shaun White Skateboarding

So far the impression that I get is that if you get big like Johnny Layton (or myself) you will be able to shake a city to it's core, thus creating new ramps. I could be way off though. More info and screenshots of the game can be found here.
Posted by Norm Stovall at 12:36 PM No comments:

Posted by Brandon Fruscella at 9:32 AM No comments:

Posted by Brandon Fruscella at 9:26 AM No comments:

Brandon posted up Kai's video earlier in the week, so here's Bong's video. What a rad family.
Posted by Norm Stovall at 6:17 PM No comments:

Posted by Norm Stovall at 10:12 AM No comments:

Posted by Brandon Fruscella at 7:51 PM No comments: 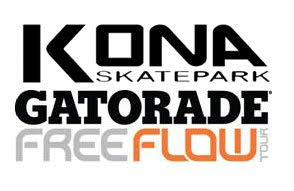 "As most of you know the Gatorade Free Flow Tour is coming to Kona July 31st!! And with your help this year Kona can win $10,000 to go towards revamping the park!! All you have to do is go to the Gatorade Free Flow Tour Facebook and vote for Kona! It's as simple as that!! Thank you too all of you who have already voted! Be sure to spread the word, and help us win the opportunity of a lifetime!"

Posted by Norm Stovall at 7:39 PM No comments:

Spencer Lau via Captain and Casey

My friend Beau brought this to my attention today on Facebook.
Posted by Norm Stovall at 1:03 PM No comments: 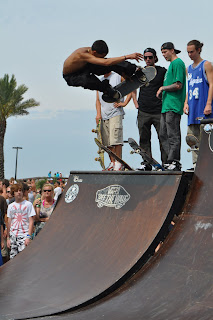 Tim Kulis and crew came out for a demo/contest in jacksonville beach, bringing his own portable ramp, also known as the Goat Ramp (www.goatramp.com) Good vibes, even though there were a few police officers walking around taking all the guys' beers. everybody seemed to be bummed on that one. I didnt really get the chance to shoot as many photos as I wanted, sorry for the low amount of them. I really am slacking on this post, because I don't even remember the results of the contest. you can see the rest of the photos here.
Posted by Max Martin at 8:56 PM No comments:

Posted by Brandon Fruscella at 9:21 PM No comments:

Long time BusStop homie and ripper Jake Sykes is being featured on the Focus Skateboarding Magazine website. Go here to check it out right now. The writeup includes some rad throwaway footage from Matt Oistacher's Criteria for Failure, which is looking pretty sick so far.
Posted by Norm Stovall at 7:25 AM No comments: Click to Enlarge.
As seen in Alley-Oop! issue 8. In the 1990s, our Cameras were 35mm, and our wheels weren't much bigger. That is, until Joey Corey came along. Heelflip Indy, aka Beach Flip fresh from my scanner.
Posted by Norm Stovall at 3:11 PM 2 comments:

A Day with Spencer Lau


Filmed and Edited by Chris Jolly
Posted by Brandon Fruscella at 7:52 PM No comments: