More Ante Up Coverage from White Nate, AKA able1039

Posted by Norm Stovall at 3:19 PM No comments:

Posted by Norm Stovall at 3:13 PM No comments:

If you haven't seen it yet, head over to Transworld's site here to check out the trailer for BusStop homie Chris Jolly's upcoming video, Full Length.

OR, you could just check the video out here.


Full Length "the trailer" from Chris Jolly on Vimeo.
Posted by Norm Stovall at 3:09 PM No comments:

How did you spend your June 21st?

Go to the beach? Head out to one of the events here in town? Did you hit up the Daytona Poker run? Wild in the Streets in Tampa? While I work on my recap, why don't you chime in and share your experience with Busstop by sending your photos and stories in to our e-mail address, which is located down and to the right of this post.
Posted by Norm Stovall at 7:47 AM 2 comments:

Click Here To View
Posted by East Center Clothing at 7:45 AM No comments:

Posted by East Center Clothing at 8:10 AM 5 comments:

Congrats to you, Matt from all of your homies here in Florida.

Here's a video of Matt from Atlanta Hates Us.

Posted by Norm Stovall at 4:18 PM No comments:

Posted by Norm Stovall at 5:49 AM No comments:

More Ante Up Coverage at JaxScene 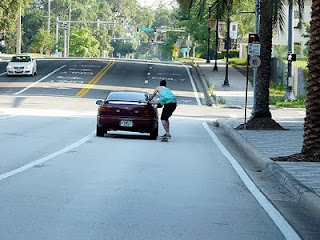 You can see more photos of what went down at Ante Up 4 over at Jaxscene. Thanks to Tom P. for the photos.
Posted by Norm Stovall at 9:41 AM No comments:

You Will Soon:
Great skate blog out of Canada. Some of the most entertaining haters out there.

The Chrome Ball Incident:
Second site i check every day after BUSSTOP. Nostalgia if you were skating in the late 80's and early 90's, and a history lesson if you started late.

Boil The Ocean:
Some of the best skate writing out there.

Frozen in Carbonite:
90's sympathizer, Menace Tech fetishizer, and great writing on skateboarding.
Posted by craig lockwood at 9:03 AM No comments:

Drinking, filming and skateboarding aren't easy tasks when you are doing them all at once. Nonetheless, here is my attempt at doing so. The trip was rough to make on skateboards, and the sidewalks and streets of downtown Jacksonville can be less than forgiving.

We all gathered round a cooler at Shantytown Pub in Springfield, and as soon as the first beer was cracked, we were off. I tried to stick close to the main group, which included Ante Up founder and hero Kevin Graver.  First stop was Zombie Bikes, which is now located near the corner of 1st and Main, across the street from The Pearl of Springfield. We all had to pound a beer and head out to the next stop, but not before skating some distracting obstacles which included a tall loading dock and a piece of plywood up against a trash bin.

So after this we headed down Main Street to Burro Bags, which is near the Florida Theater on Forsyth Street. At this point I was considerably winded, and pounding a beer just wasn't in the cards for me. Our group stopped and relaxed for a while, shared some stories about the ride and headed off toward the third stop at the top of the river walk. Along the way, someone realized it would be a good idea to head up to the top of the parking garage across the street from the Modis building, so up we went. At least 10 of us went up the the stairs to the second floor and then hopped on the elevator to the 9th level. After a short ride to the top, we proceeded to bomb the empty parking garage. I almost made it down the short way, and by that I mean by losing control and sliding into a wall and nearly off the side of the building.

The next and final stop was atop the river walk at the high point near the Times Union offices. After making it up the spiral to the top, I found myself among a group of sweaty, worn out looking skateboarders, along with a few who looked totally unphased by the whole trip. There were coolers set up with ice and beer, friendly faces, and more stories of the ride so far. After a short break (and P-Nut puking) we bombed the river walk bridge. Once we got to the bottom, we stopped, ran back to the top, and bombed it again. We did this a few times. After some good times and some unfortunate events that included Sparky picking up a dead fish from the side of the river and George Evans blowing his ankle out, we headed down to the end of the river walk and on to Riverside avenue. From here, it finally became a race, and I found myself pushing as hard as I could to beat Nate Cary down Lomax street to the Lomax Lodge.

When I got to the finish, I was dead tired. Thankfully, I had wussed out and drank water on the last two stops instead of beer, otherwise I don't think I would have survived the trip. I don't think many of my comrades had much of a problem with handling their beer, though. The celebration and afterparty at the Lomax Lodge was awesome, with free drinks given out, grilled burgers, hot dogs, and corn. Bruce Tyler (aka ODB, or Old Dirty Bruce) had made it to the finish line first, and eventually we got around to celebrate his victory when he opened his customized victory party bag put together by Kevin Graver himself. Inside, he found:

A Bottle of MD 20/20 - This got passed around. Mandatory swigs. My mouth still hurts from it. I hope I didn't catch something from you dirtbags.

A Pack of Newports.


A Pack of Wifebeater T-Shirts


Some Scratch Off Tickets

So in summary, this was one of the best Ante Up events yet. I want to say thanks to everyone who participated, especially Kevin's friend who carried my bag in her SUV, P-Nut from Crown for paying my way in, all of those who helped at each stop along the way, Laura for taking my near lifeless body back to my car, and most importantly Kevin for putting this together. Not only do you know how to throw a party, but you also know how to make a skateboarding contest exactly what it should be.
Posted by Norm Stovall at 7:14 AM No comments: 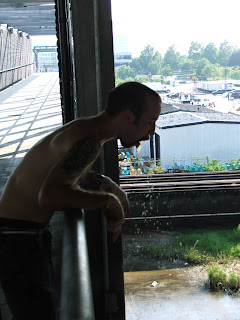 As you can see by the picture, Ante Up 4 was a huge success. Bruce Tyler won it... it being a $25 bar tab at Lomax, and a prize package that included a bottle of blue mad dog, 2 cigarellos, a pack of Newports, lottery tickets, a lighter, and an XL wife beater. Max Martin came in second, but it didnt matter since hes too young to drink... so i guess Chris Jolly came in second. I'm sure that someone had more pictures, and payed more attention to who placed where... i was too busy trying to not pass out from the heat and beer.
Thanks to Kevin Graver for putting this on and not doing another freestyle contest in a parking lot, Ian at Shantytown and Lomax for putting up with a bunch of drunk skateboarders, and everyone who came out and took part. Can't wait for the next one.
Posted by craig lockwood at 3:00 PM No comments:

Damn Am Minneapolis 2010 - Florida on the Come Up?

Damn Am went down in Minneapolis over the weekend, and it looks like Florida dudes took a good percentage of the top 12. Check out the highlight reel from Skatepark of Tampa, Then check out the photos here - which include some sick sequences such as the fakie 360 shove over the box by Paul Hart.

Posted by Norm Stovall at 6:59 AM No comments:

The Ante Up Skate Race starts today at 4:00pm at Shantytown Pub. The Race will go on a beer filled course through various spots downtown on a path that ends at Lomax Lodge in 5 Points. 21 and up to Participate in the official race, Others are free to join in but not compete. Entry is 5 bucks, so bring your fastest cruiser board and get ready to haul ass!

View Larger Map
Posted by Norm Stovall at 5:39 AM No comments:

Posted by Norm Stovall at 4:22 AM No comments:

Source: Skatepark of Tampa
Posted by Norm Stovall at 4:04 PM No comments:

Posted by Brandon Fruscella at 7:39 PM No comments:

Jarrod Heath by A. Bernhard

Posted by Busstopmag at 6:26 PM No comments:

Posted by Brandon Fruscella at 9:42 AM No comments: 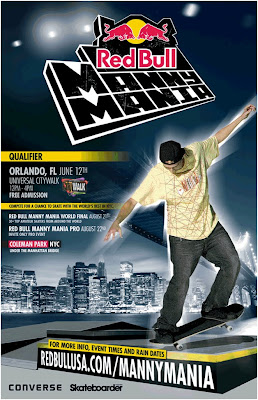 Click Flyer to Enlarge
Posted by Busstopmag at 12:16 PM No comments: 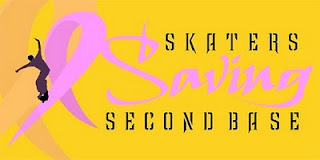 "Kona is hosting the Skaters Saving Second Base charity contest this Saturday! Odds are looking very good for anyone who enters to win! This is still anyone's race, and the prizes could go to YOU! With a minimum $300 in projected donations, you could win :

1st Place : Ultimate Skate Vacation
7 day all expenses paid trip starting in LA
2nd place : a free week at any of the Woodward Skate Camps
3rd place : You will be flown out to the Vans Downtown Showdown in Hollywood

This is an incredible opportunity to help a great cause! Get out there and get sponsors today! If you land 6 tricks and had 5 sponsors, your sponsors would only have to pledge $10 per trick. And all the money goes to fight breast cancer!"

Posted by Norm Stovall at 2:12 PM No comments:

Posted by Norm Stovall at 8:47 AM No comments: