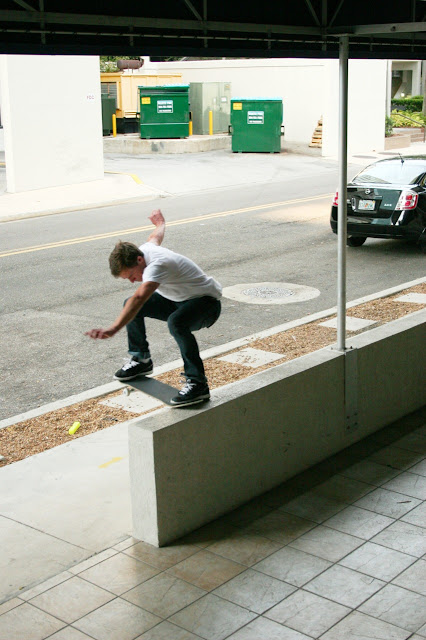 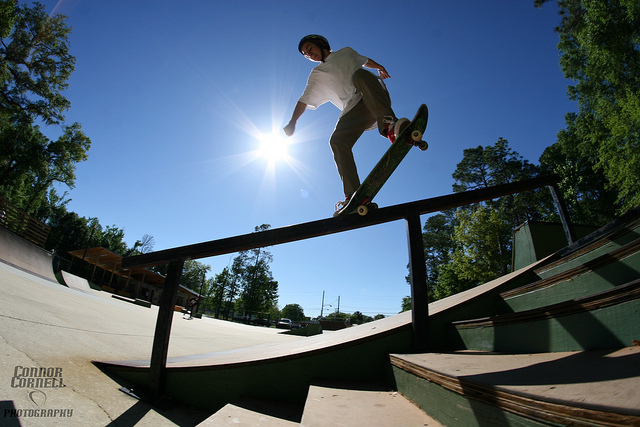 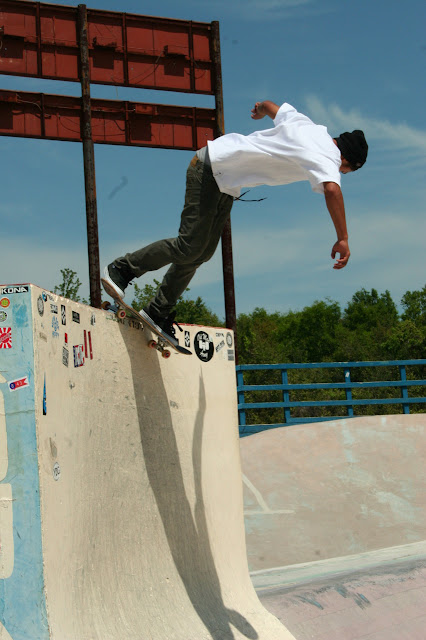 Photo: Craig Lockwood, as seen here.
Posted by Norm Stovall at 10:19 AM No comments:

Riding a bowl is a hell of a thing. It’s one thing to learn to ride transition, learning to get speed without pushing, learning to utilize curved surfaces for momentum. But riding a bowl is another beast entirely. You have not only vertical tranny, but horizontal, too. This is why in my eyes, the pros who ride both roundwall and vert with skill are some of the best skaters in the business. I’m grateful for events like Florida Bowlriders, which celebrate the art of bowlriding. It might not be on ESPN during primetime, but to me, what goes down in the pool at Kona is about as real as
contest skateboarding gets.

Kona was the second and final stop of the Florida Bowlriders competition this year, and just like last year, it was pretty exciting. The contest included an Am division, Ladies, Masters, and Pro. For me, the masters section was a highlight. Spectators got to see some familiar, long unseen faces and some familiar ones too. Buck Smith, Donnie Griffin, Mike McGill, Duane Peters (not skating @ Kona) and numerous others. It was a real treat. Kurt Baker took first for this years Masters Division at Kona.

As usual the pros were exciting to watch, with guys like Sky Siljig, Mikey O’friel, Pedro Barros, and Tim Johnson ripping it up. Standing out above the rest @ Kona was Nor Cal's Brad McClain.

For the rest of the photos from Kona, check out the Flickr collection here.
Posted by Norm Stovall at 9:07 AM No comments: