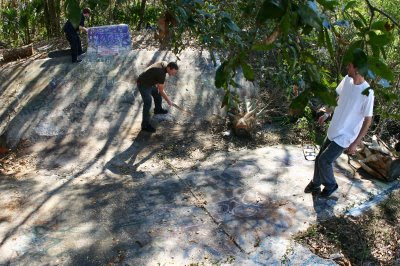 Yesterday, I made a goal for myself to hit up as many ditches to skate as I possibly could. I never really got too far with that goal, though. My original intention was to hit up white Nate and head out early, but since he didn't get up till late, I called up Chris Jolly and followed his crew to a spot in San Marco. A handful of rad guys were there skating a manual pad, but how rad do photos of manuals look? I think this one I got of Ryan King is probably the best case scenario. Too bad I don't have a video camera. 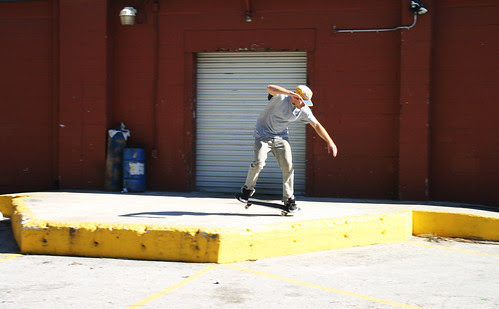 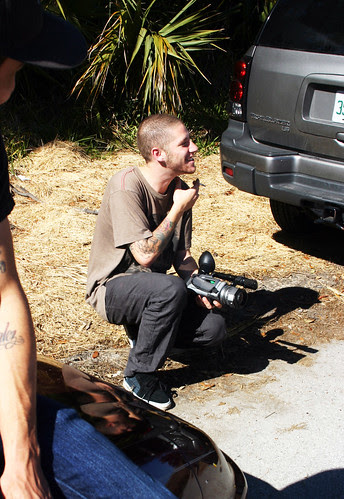 Chris Jolly
Eventually Nate called me and I headed out to Kona to meet up with him. While I was waiting for him, I headed up to Kona to watch my friends Jordon and Duane skate the miniramp while I ate my Frisco Burger. I couldn't even finish this eating this thing, and I asked anyone if they wanted it. These Kona kids tore into that thing like a bunch of damn sharks. I was surprised at first, but then I remembered the times when I was younger and my mom would drop me off up there. I would blow all my money for the day on playing Street Fighter, and then have to scrounge for change just to get food. 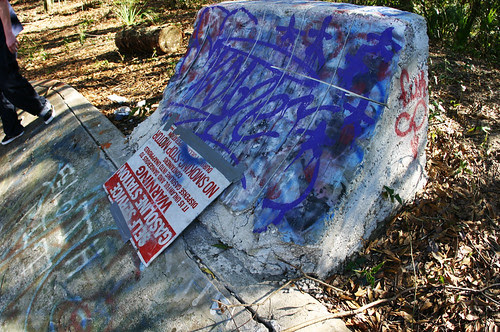 Rebuilt, and better than ever!
Finally we all met up and hit up the sloth pit. If you don't know about this spot, basically it's this crappy ditch near Kona that's usually got some bums in it. At some point in time, someone created a small quarterpipe extension on the side opposite the roll in. It was hard enough to skate, but when we got there yesterday, the place was hacked up like crazy. First of all, we had to clear out some huge tree limbs that were tossed in the way, on the roll in, in the ditch, etc. Next, the bottom of the ditch was filled with RUSTY NAILS. That's right, someone scattered a ton of nails along the bottom. Rad! Lastly, when I took a look at the quarterpipe, I noticed that someone had knocked out the bottom of the ramp with a hammer or something, making the ride up nearly impossible. Not only that, but it also looked like someone had taken a skill saw and cut vertical and horizontal lines in the ramp. Not sure what the point in that was. We did our best to make the spot skateable again, although I have to say, my version of 'skateable' is much different than Jordon and Nate's version. I wouldn't go near this sketchy shit. 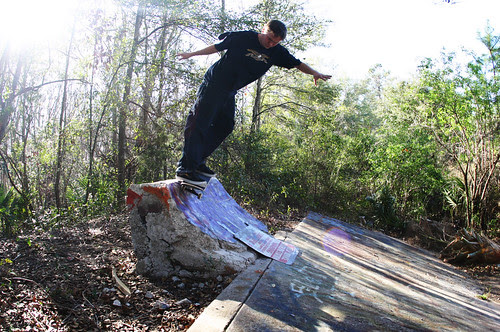 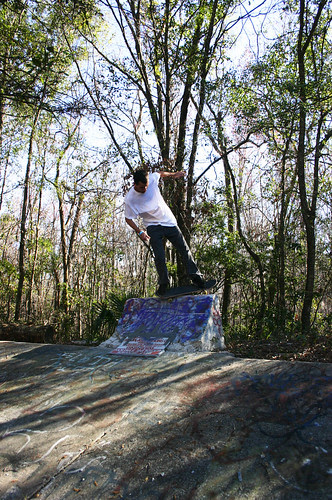 Jordon Fink, BS Feeble
After this spot was done, Nate and I headed off to skate some spots near busy highways. Crazy story though, when we were scoping out one spot, Ms Ramos of Kona fame just happened to walk by. She asked me how my family was doing, and told us it was dangerous to skate so near the street. I actually think she walks everywhere she goes, so spotting her like that isn't a rare occasion. We ended up ending the day there. We didn't get to hit up too many spots, but I had fun regardless. 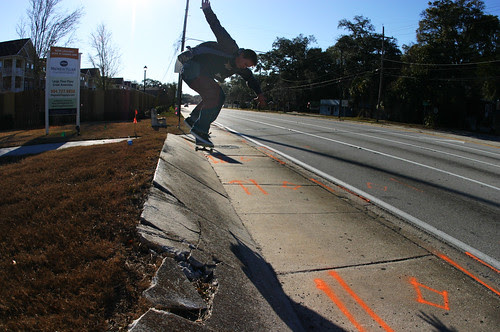 Nate, Backside Ollie
Posted by Norm Stovall at 6:51 AM