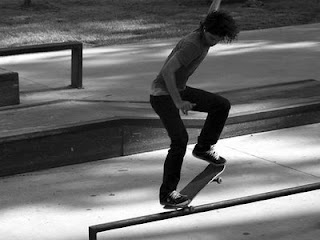 What is your full name?
Craig Lockwood

Where are you from originally?
Grew up in Bradenton Florida... I've lived there, Ocala, Gainesville, and Virginia. I've been living in riverside since 2004.

Where is the last place you rode your skateboard?
to the store to get some beer.

Describe your first memory of skateboarding where you currently live.
First time I visited Jacksonville I went to Kona... ate some mushrooms and killed the park. Shit... That was back in 99 I think... still had to wear full pads.

Who do you skate with most, of all the people you know?
The motherfuckin' murder squad... Stokes, ODB, and fucking Ralf 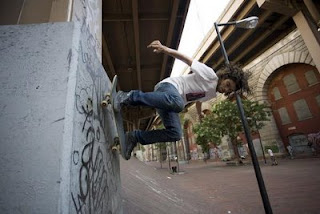 Name one thing that could make skateboarding better in your area.
Not too much... skating is great here. If you don't like it you need to reevaluate what you're doing

Who do you look up to the most, and why; skating, or otherwise?
The people I skate with.


Do you think you will still be skateboarding 20 years from now?
Yeah... if I can still walk I'll be skating. 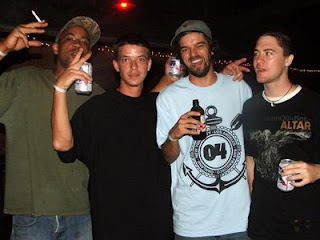 What is the most common place you go to eat before/during/after a day of skateboarding?
Somewhere in 5 points probably

What is the last trick you learned, and how many tries did it take to learn it?
Beach flips!!!! I landed one in probably 5 tries, and then did one nollie in 3. Got 'em pretty good now.

What are you going to do, now that you are done with this questionnaire?
Get back to work.
Posted by Norm Stovall at 12:36 PM