What is your full name?
Justin "Captain" Lewis

Where are you from originally?
The ether world. Long story.

Where is the last place you rode your skateboard?
Some dumb spot Savage Mike said would be fun. So downtown.

Describe your first memory of skateboarding where you currently live.
I used to watch my pal Chad ride off some makeshift launch ramp at his house.

Who do you skate with most, of all the people you know?
Board City crew on Sundays at OP Park. I don't know, a whole bunch of folks. 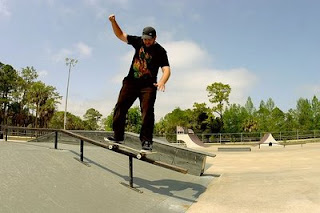 Name one thing that could make skateboarding better in your area.
Sexy bitches.

Who do you look up to the most, and why? Skating, or otherwise?
Ummm. Isak, because that dude is old as fuck and still skates. He's been through some shit and still remains the happiest dude I've ever met. 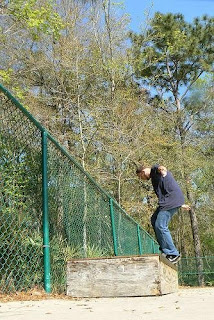 What is the most common place you go to eat before/during/after a day of skateboarding?
On Sundays (the only day i really skate nowadays) we will skate OP Park then hit up Bojangles. I eat at Sonny's almost every other day when I got the dough for it. Mcgriddles before a sesh is pretty awesome too. Oh and Cheesburger dogs from the Gate store. (sorry, I get really excited about food and stuff.)

What is the last trick you learned, and how many tries did it take to learn it?
I tricked this kid into giving me money and it took 4 tries. 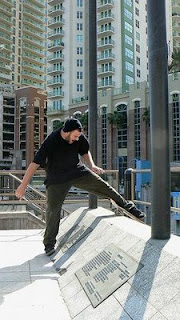 What are you going to do, now that you are done with this questionnaire?
Take a piss in an empty milk jug because the toilet don't flush at the shop right now. Oh and Divorce Court is on.
Posted by Norm Stovall at 2:14 PM